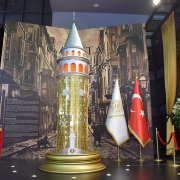 The miniature of Galata Tower, which was prepared by Nadir Metal Refinery through using 157,65 kilograms gold and 282,50 kilograms silver, was exhibited at Istanbul Jewelry Show, held at CNR Expo between the dates of 12-15 October. The tower was damaged very badly in 1204 and then in 1348, it was reconstructed by Genoeses with masonry stone with the name “the Tower of Jesus”. In 1348, its construction was finalized and it became the biggest building in the city. Galata Tower was raised again with being constructed between the years 1445-1446. After the Tower got by Turks, it was renovated, alterations and maintenance were done every passing century.

In 1717, Galata Tower was used as fire observatory as well. It was damaged by fire in 1831 and restored. Galata Tower, which had different restorations and maintenances for years, gained today’s outlook after the maintenance done in 1965.

At 45th CNR Expo October Fair, golden Galata Tower attracted press and visitors, left its mark on the fair throughout four days that it was exhibited as the most talked project in the fair. Construction of the Tower lasted for 95 days and got its last shape through patience and labor of 22 craftsmen. It was shaped by our experienced craftsmen on hand looms, prepared in accordance with its authentic architecture in the best shape.

Lower part of the tower is made of 29 levels. In this section, 1559 pieces of 10 gram gold and 120 pieces of 20 gram silver nuggets were used. In Tower, there are 12 pieces big, 6 pieces small windows, 1 observatory window and door and 1 Ottoman tughra, 250 grams, in from of the stairs.

Upper sides are made with poured and plated silver handwork. In total, 157,650 kilograms gold and 282,5 silver were used in Tower. 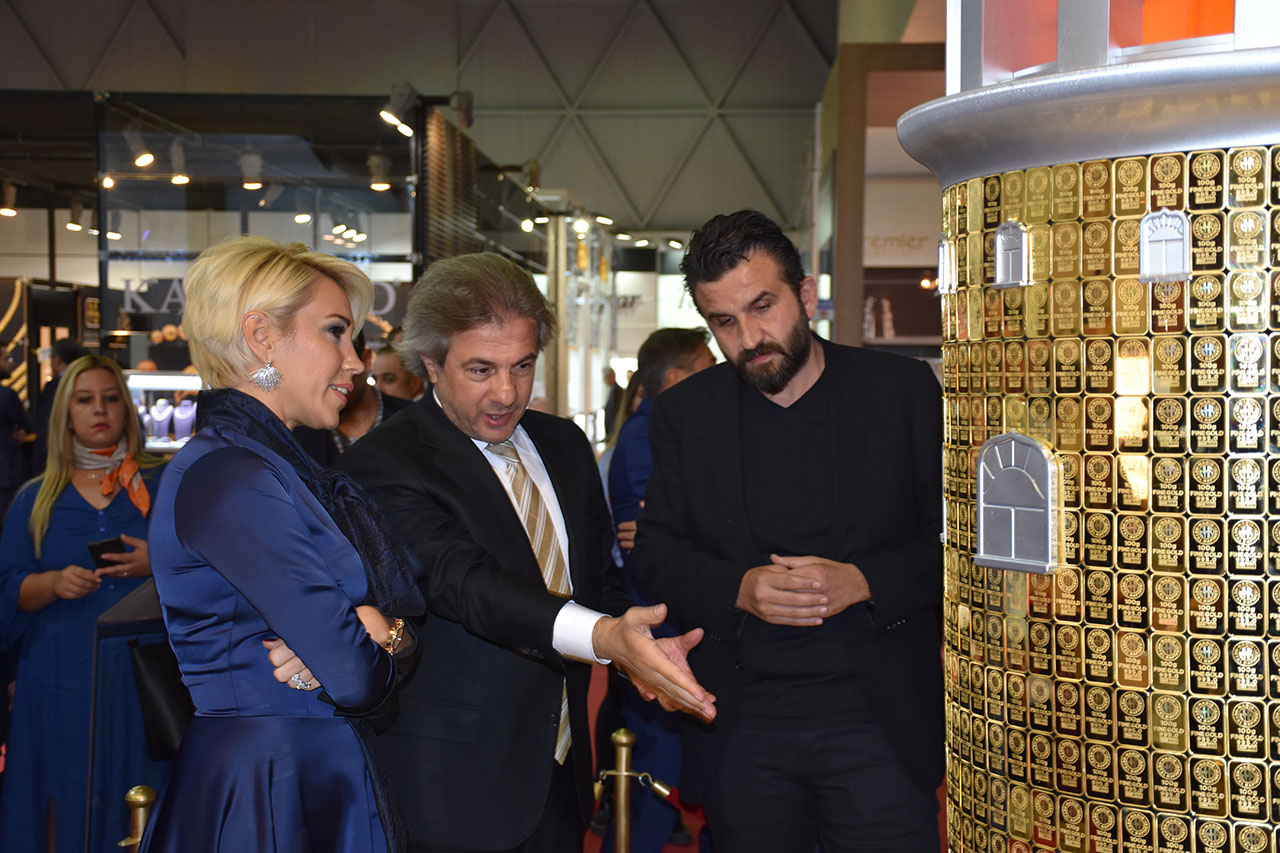 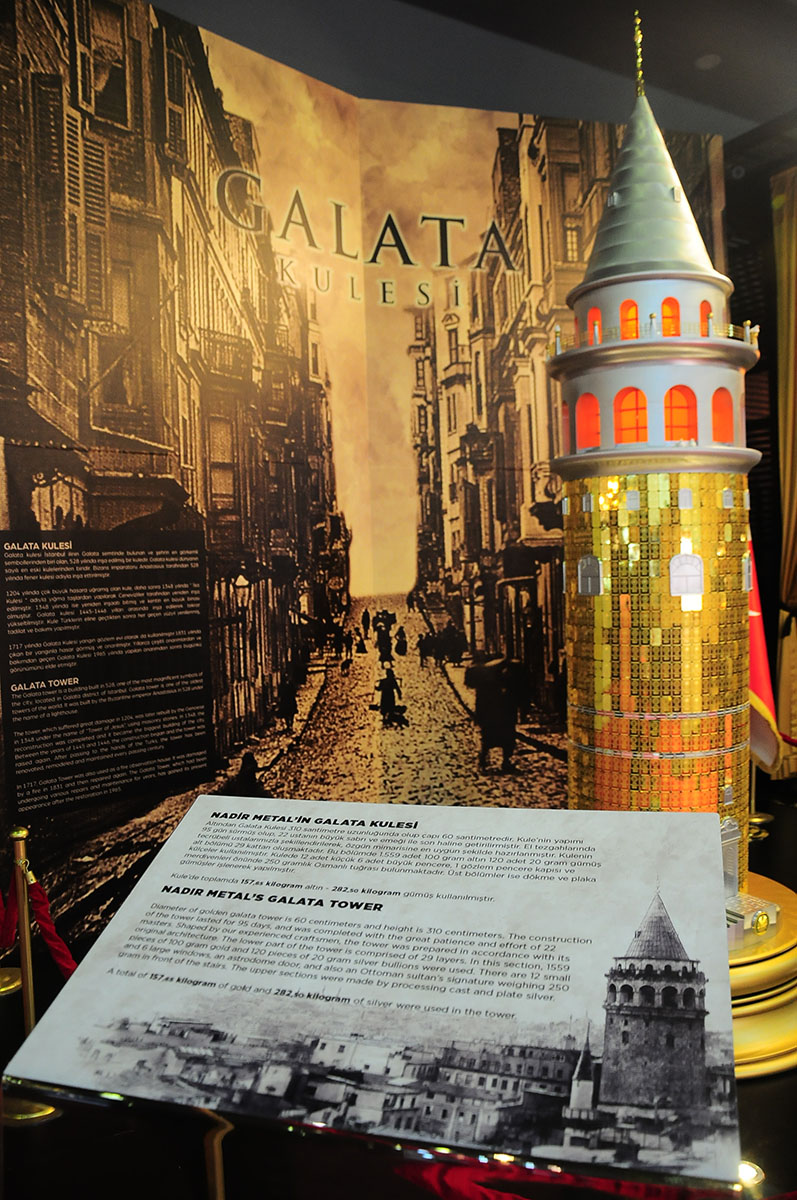 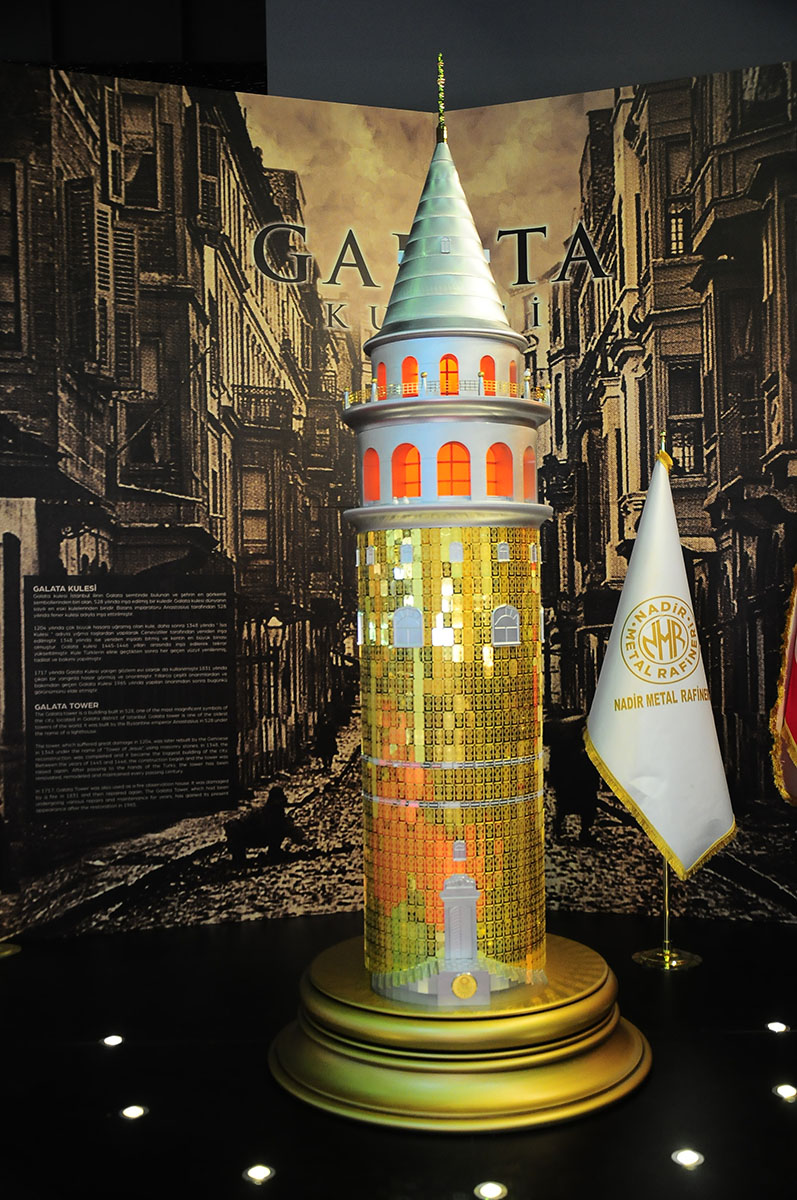