Turkey’s major gold refineries have benefitted from rising domestic and global demand. The oldest and best-known of these, Nadir Metal Rafineri, has been operating in the country since 1967, when Nadir Tütüncü established a 150 sq m workshop to recycle jeweller dross.

Today the company is active in refining, industrial waste recycling, dross, and laboratory services. It also trades gold, silver, platinum, palladium, rhodium, and potassium gold cyanide, and produces special collection, tailor-made, and high security products, including 400-ounce Good Delivery gold bars, kilo bars, and smaller bars ranging from 500 grams to 0.5 grams. Its affiliate, Nadir Doviz, is a wholesaler and distributor for its products, and stands as one of the most active members of Borsa Istanbul’s Precious Metals Market.

Nadir Metal Rafineri has clearly realized major successes in the Turkish market, although today, Chairman Abdullah Tütüncü has set his sights to more distant horizons, with a view to forging new partnerships with firms in Europe and Asia.

“We remain focused on the domestic market, which accounts for 70% of our core business, however we have been increasingly focused on the Asian and Chinese markets because we believe they will provide major new opportunities for the company in the coming years, especially in combination with European markets,” he said.

Moving to take advantage of new markets and business opportunities is a core focus for Tütüncü and his company, and Nadir Metal Rafineri has already been active internationally for years. In 2008, it was accredited by the Borsa Istanbul (ex Istanbul Gold Exchange), followed by the Dubai Multi Commodities Centre in October 2009, and the London Bullion Market Association in 2011 for gold and in 2012 for silver (where the company is still the first and only accredited silver refinery in Turkey). It also operates an affiliate office in Vicenza, Italy, which is engaged in marketing and distribution. Tütüncü now plans to increase the share of international operations to 50% of the company’s core business, with new international growth dovetailed by rising investment in high-potential industrial activities. Under his mid-term vision, revenues from the group company 4R Cevre ve Enerji operating in industrial waste recycling stream are expected to double over the next five years. The company is also planning to invest €30 million in an industrial waste project, with the target of producing eight megawatts of energy from the new facility within five years.

Innovation will also play a key role in future expansion. Tütüncü plans to build a precious metals platform which would expand foreign access to the Turkish market. With his planned platform, the company could expand its base of retailers making small purchases – 1 gram of gold, for example – to between 500,000 and 1 million. According to Tütüncü, arbitrage opportunities on offer every two or three years, particularly for gold and silver, further support the investment prospect for any future partner.

“The world is shifting to local hubs, and we believe Turkey is well-positioned to become one such hub. The country holds huge potential. Everything is changing very fast, which can be challenging for foreign investors. But in our business, compared to other sectors and countries, the risk is not that high and the returns are very good,” he said.

And while the industry and market is changing rapidly, Nadir Metal Rafineri remains focused on its core competitive strengths: integrity, resilience, and a longterm view.

“I believe in trustworthiness, arbitrage and trading, but for our founder, my father, the name and brand was very important. Branding is still important, but in today’s market, sustainability and quality are equally critical; these are the two most important values, followed by trust. You shouldn’t give up; keep struggling and pushing the right thing and benefits will come along,” he said. 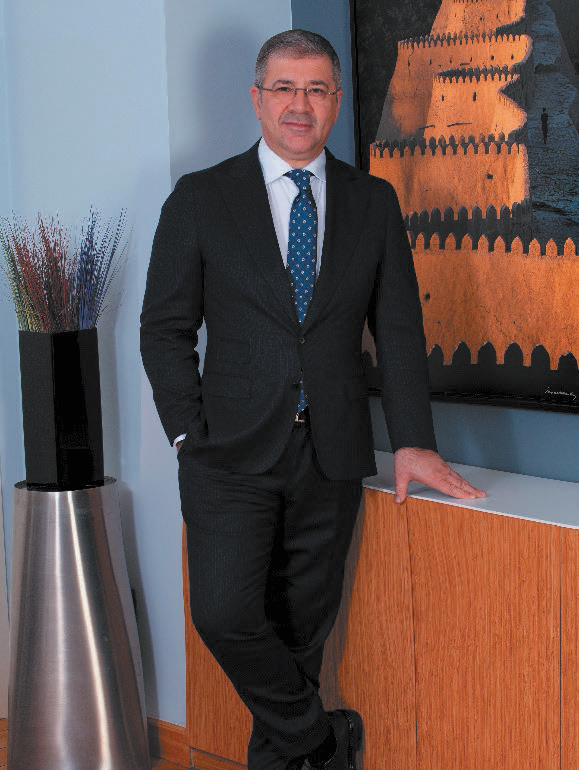 Nadir Metal Refinery is a member of Shanghai Gold Exchange!